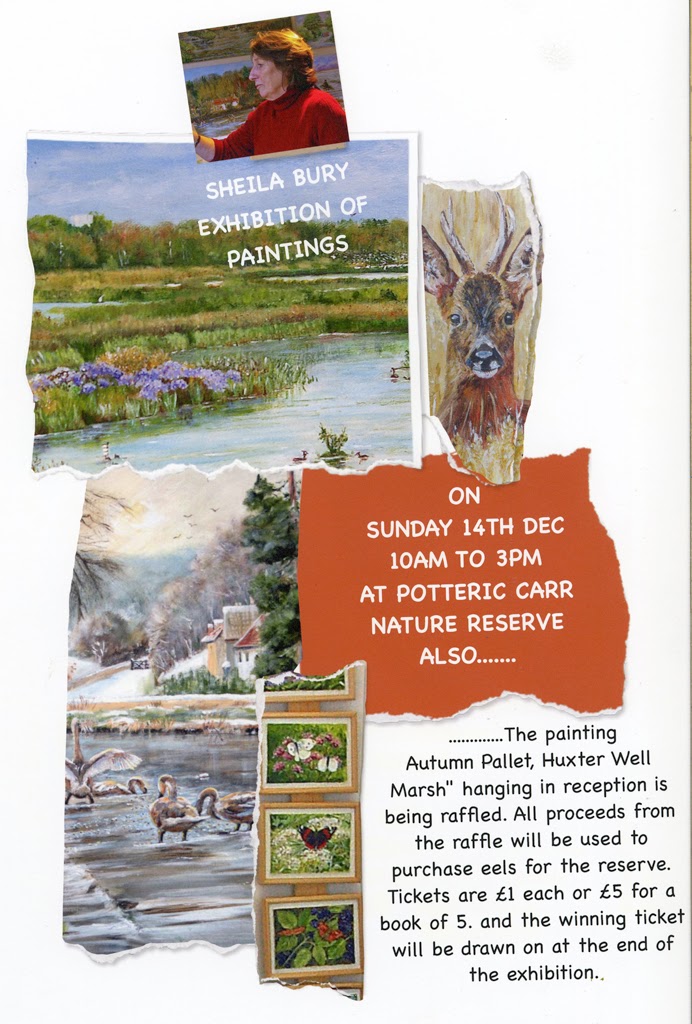 When I first heard about the Eels in Schools Project last year I thought it was a wonderful opportunity to get involved by raising money to help fund the release of young elvers in Potteric Carr Nature Reserve.
There are enough suitable reed beds to hold nesting Bitterns and by releasing eels into the wetlands both fish and Bitterns would benefit from the reintroduction.
I decided I could raise funds by donating some of my paintings to be raffled and YWT agreed it was a good idea.The Four Seasons Raffle comprises four large paintings, one for each season of

the year, each one to be raffled separately in the appropriate season throughout 2014.

This is the fourth and final painting, tickets will be available in Reception at Potteric Carr  and also

up until the end of the exhibition when the winning ticket will be drawn.

A big thank you to everyone who bought tickets .
Sheila Bury 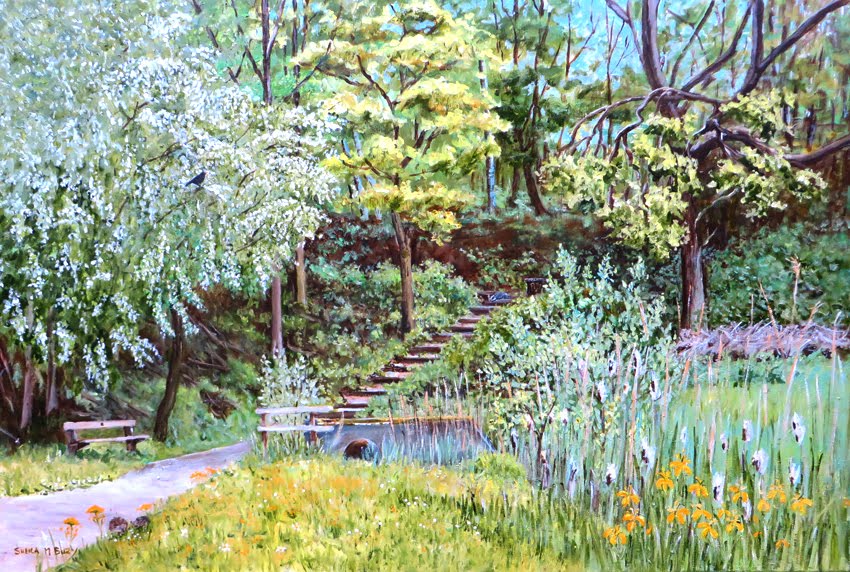 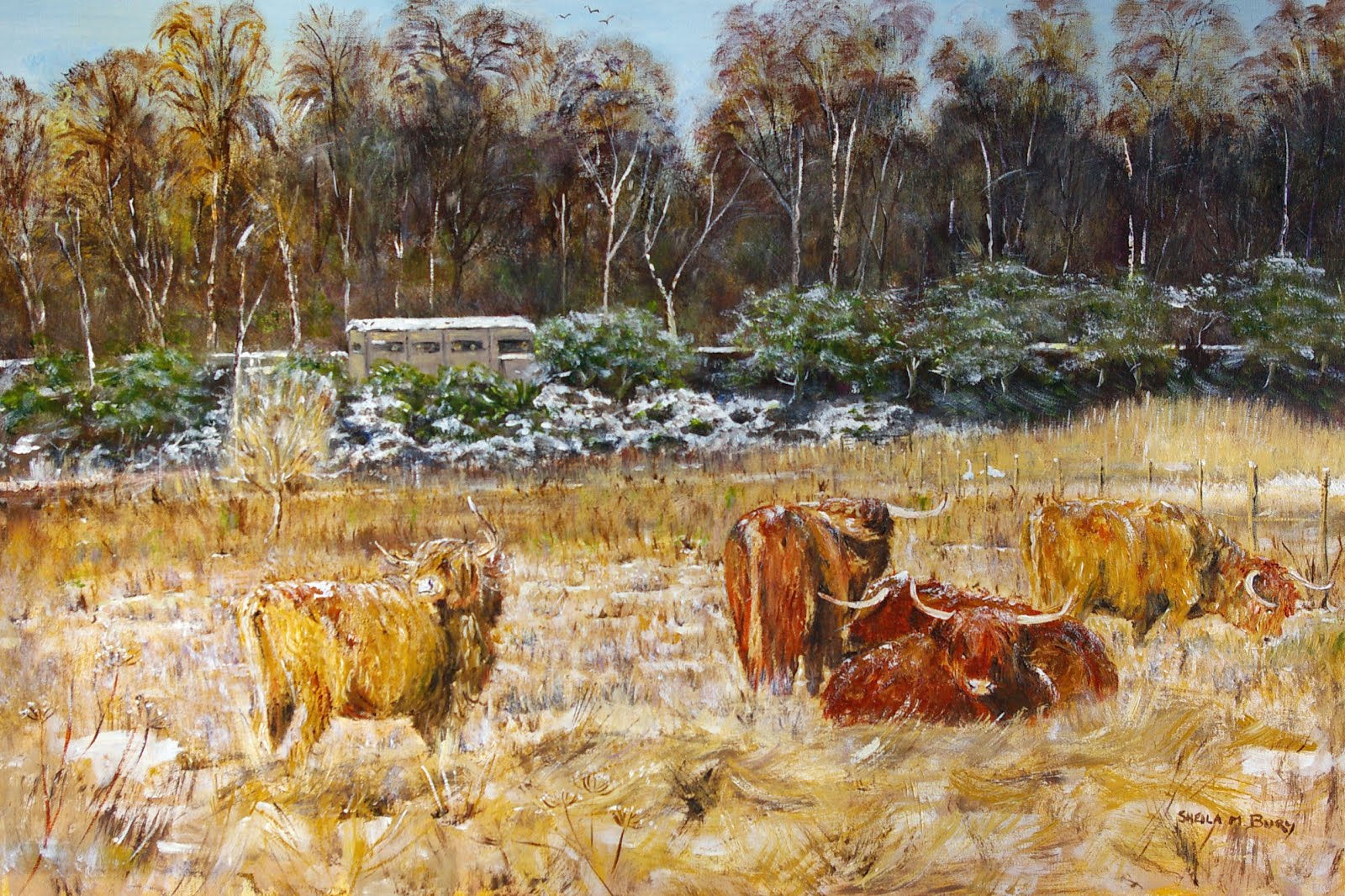 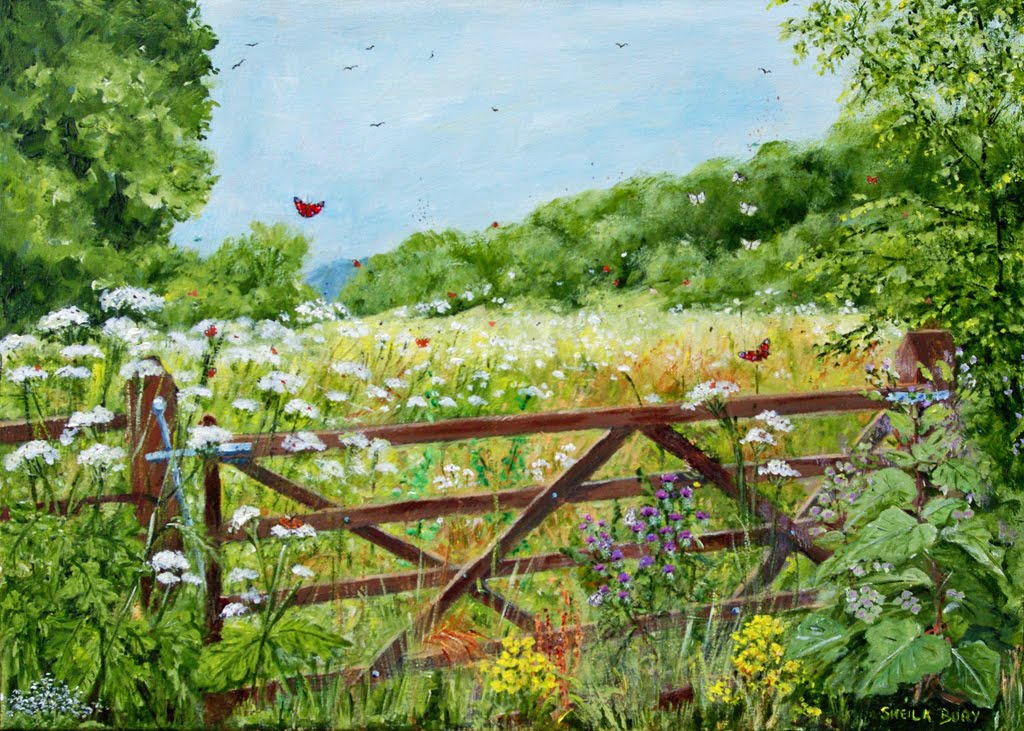 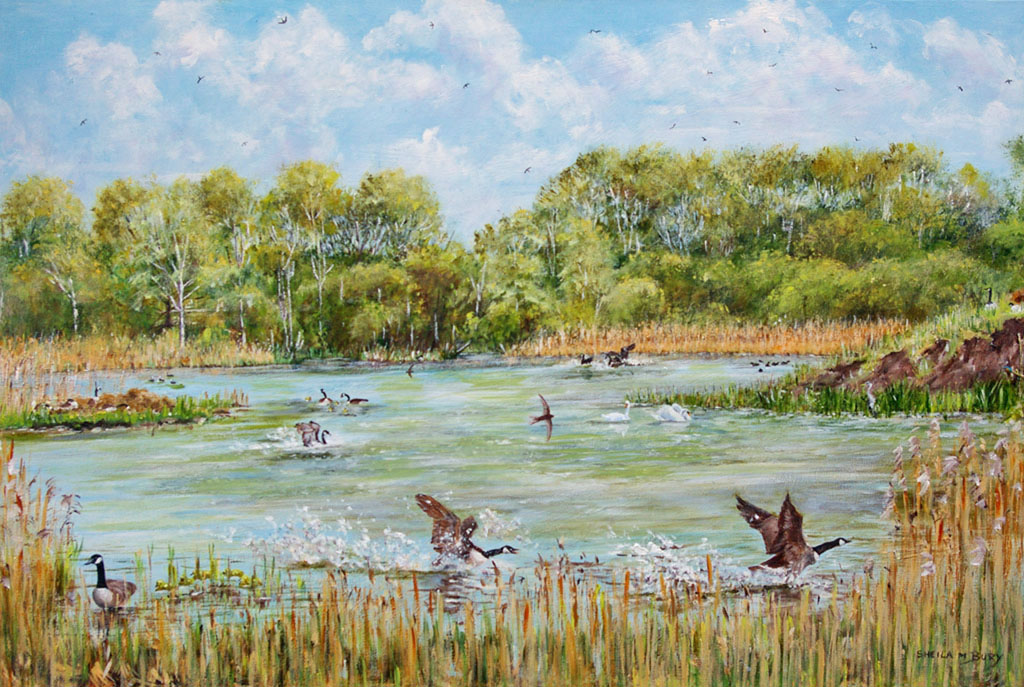 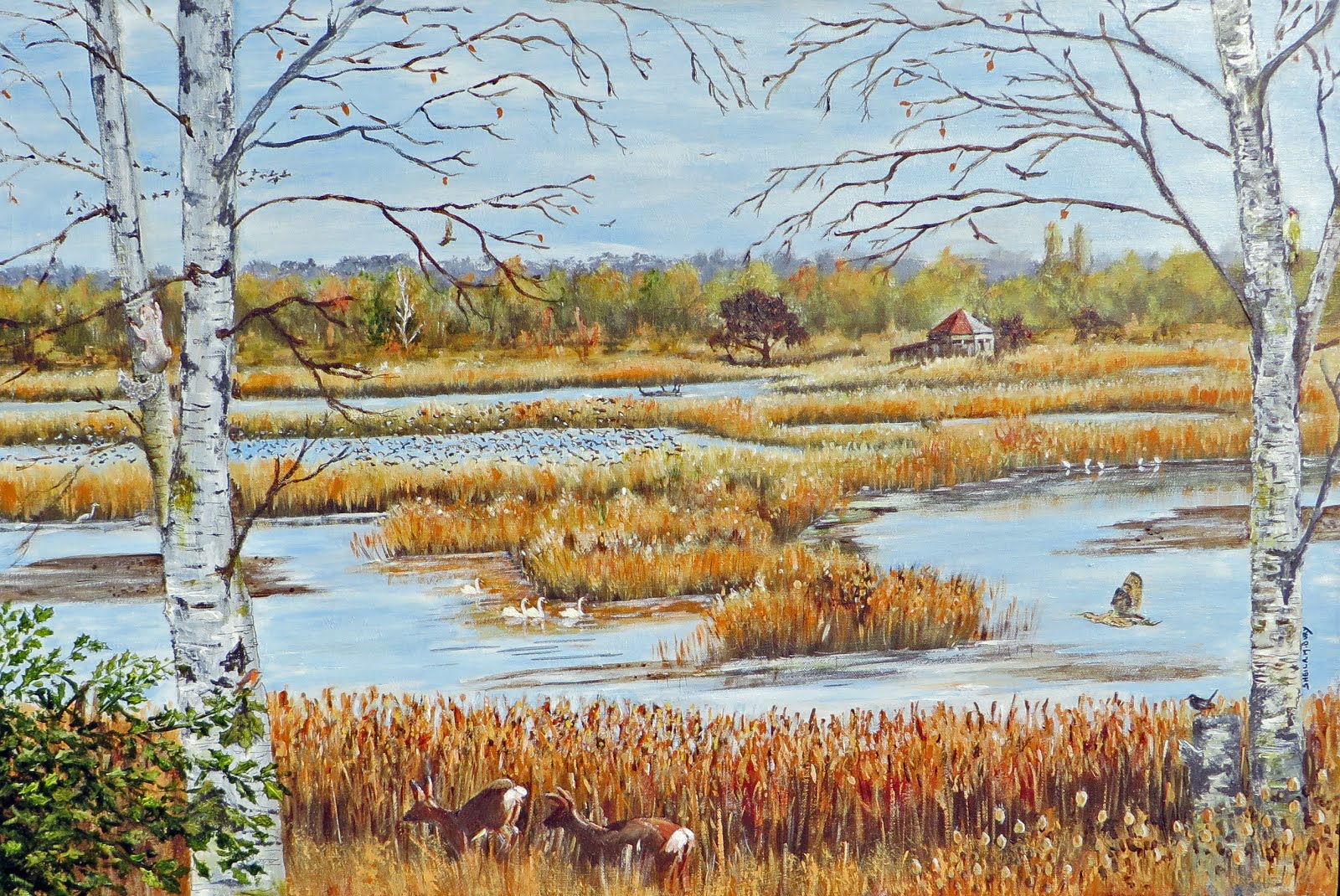 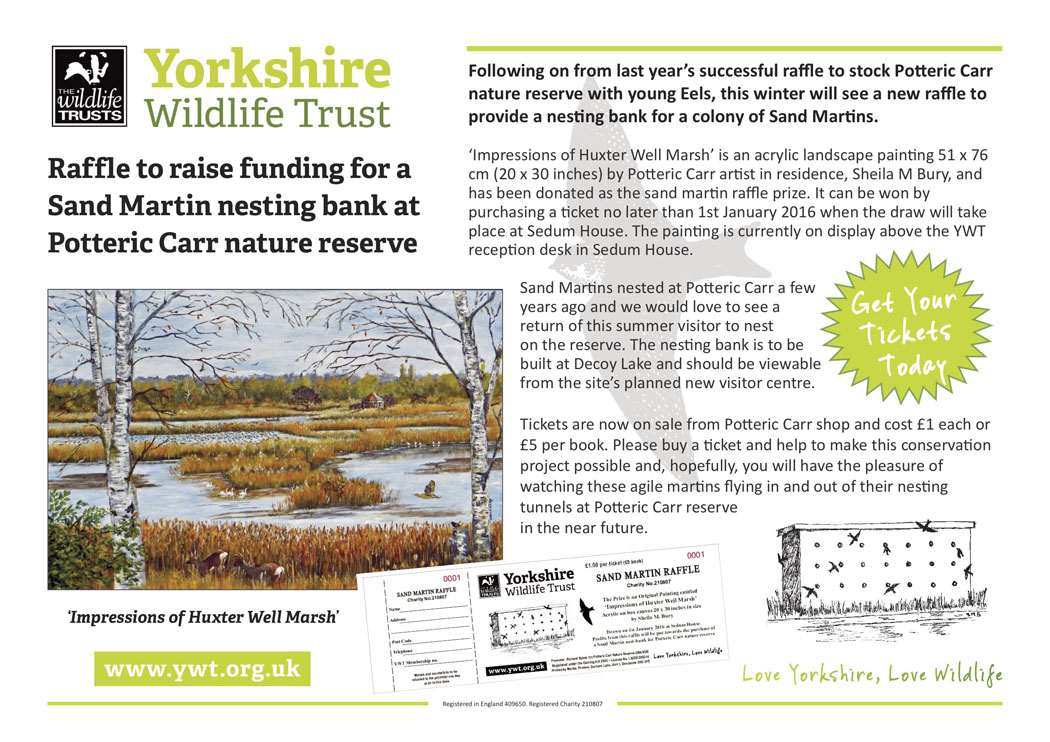